Passage 1) Socialism is an economic system characterized by social ownership of the means of production and co-operative management of the economy, and a political philosophy advocating such a system. "Social ownership" may refer to cooperative enterprises, common ownership, state ownership, or citizen ownership of equity. There are many varieties of socialism and there is no single definition encapsulating all of them. They differ in the type of social ownership they advocate, the degree to which they rely on markets or planning, how management is to be organised within productive institutions, and the role of the state in constructing socialism.

A socialist economic system would consist of a system of production and distribution organized to directly satisfy economic demands and human needs, so that goods and services would be produced directly for use instead of for private profit driven by the accumulation of capital. Accounting would be based on physical quantities, a common physical magnitude, or a direct measure of labour-time in place of financial calculation. Distribution would be based on the principle to each according to his contribution.

As a political movement, socialism includes a diverse array of political philosophies, ranging from reformism to revolutionary socialism. Proponents of state socialism advocate the nationalization of the means of production, distribution and exchange as a strategy for implementing socialism. In contrast, libertarian socialism proposes the traditional view of direct worker's control of the means of production and opposes the use of state power to achieve such an arrangement, opposing both parliamentary politics and state ownership. Democratic socialism seeks to establish socialism through democratic processes and propagate its ideals within the context of a democratic political system.

Modern socialism originated from an 18th-century intellectual and working class political movement that criticised the effects of industrialization and private property on society. In the early 19th-century, "socialism" referred to any concern for the social problems of capitalism irrespective of the solutions to those problems. However, by the late 19th-century, "socialism" had come to signify opposition to capitalism and advocacy for an alternative system based on some form of social ownership. Marxists expanded further on this, attributing scientific assessment and democratic planning as critical elements of socialism.

Passage2) Globalization is the process of international integration arising from the interchange of world views, products, ideas, and other aspects of culture. Globalization describes the interplay across cultures of macro-social forces. These forces include religion, politics, and economics. Globalization can erode and universalize the characteristics of a local group. Advances in transportation and telecommunications infrastructure, including the rise of the Internet, are major factors in globalization, generating further interdependence of economic and cultural activities.

Though several scholars place the origins of globalization in modern times, others trace its history long before the European age of discovery and voyages to the New World. Some even trace the origins to the third millennium BCE. Since the beginning of the 20th century, the pace of globalization has proceeded at an exponential rate.

In 2000, the International Monetary Fund (IMF) identified four basic aspects of globalization: trade and transactions, capital and investment movements, migration and movement of people and the dissemination of knowledge. Further, environmental challenges such as climate change, cross-boundary water and air pollution, and over-fishing of the ocean are linked with globalization. Globalizing processes affect and are affected by business and work organization, economics, socio-cultural resources, and the natural environment.

문제1)Summarize the main points in Passage1 and Passage2.

문제2)Explain the difference between Passage 1 and Passage2. 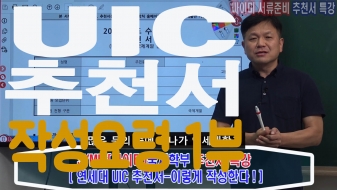 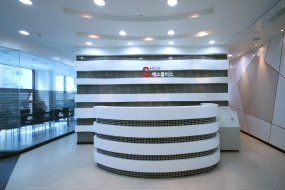